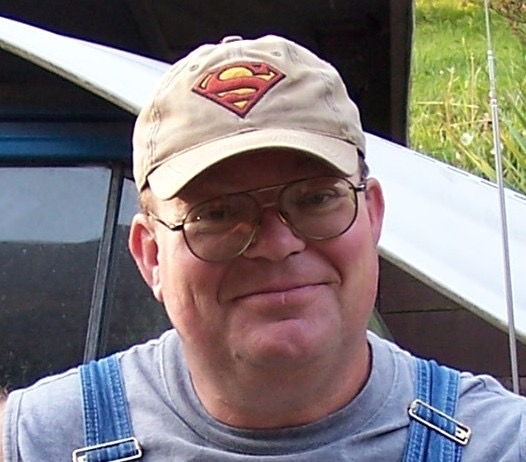 Thomas Steve (Tom) Pierson of Kingsport, TN passed away peacefully Friday morning 09/30/2022 at Mountain Home VA Hospice Center in Johnson City, TN after a courageous battle with cancer. “It broke my heart to lose you but you didn’t go alone, for part of me went with you the day God called you home” – Your loving wife, Ellie.

Tom was born on 08/01/1954 in Johnson City, TN, and was a 1972 graduate of Sullivan Central High School. He also attended ETSU and TriCities State Technical Institute. He enlisted in the U.S. Army in 1976 and was honorably discharged 4 years later after serving overseas in Berlin, Germany among other locations.

He worked at many different industrial and building trades jobs in the region before becoming self-employed designing and fabricating boat docks on the area’s local lakes. His love of Fort Patrick Henry Lake and his lake clean-up efforts will long be remembered by many.

He loved nature, fishing, music, his dog Rascal, and conversing with his friends from all over the world on Facebook.

The family would like to thank the entire staff of Mountain Home Living Community Center for the excellent care Tom received while staying there.

He was preceded in death by his father Millburn Lon Pierson and his mother Gertrud Hannelore (Glöckner) Pierson.

A celebration of remembrance will take place this Thursday 10/06/22 at 1:00 PM at the old pavilion located in Mountain Home National Cemetery, Johnson City, TN.

Tom passed the day before a spectacular double rainbow stretched across the skies of Kingsport, Tennessee, prompting those who witnessed it to whip out their cell phones and cameras to record the awe-inspiring event. His sister Barbara had asked the heavens for a sign that our Tommy boy was okay. Well. He always was larger than life and so was his answer. A big, wide, double, upside-down smile from heaven.

Thomas S. Pierson (August 1, 1954 – September 30, 2022) breathed his last in the early morning hours of an East Tennessee dawn. He leaves behind his cherished wife of 42 years, Eloise (Ellie) Long Pierson, and their dog Rascal of the Foodtown community; two loving sisters, Stella Jane (Janie) Pierson of Bay St. Louis, MS, and Barbara Pierson Dykes of Gray, TN, and his devoted brother, Mark Pierson who lives with his wife Ginny in Clarksburg, MD. In addition: his mother-in-law, Marion Long, and brother-in-law Charles Long and family of Rogersville, TN; his Uncle Egon Glöckner of Aystetten, Germany; his Uncle Jim and wife Stella Fansler Pierson, his Uncle Bobby Joe and wife Mildred Hensley Pierson, and his Aunt Ida Jane Pierson Catron, all of Gate City, VA; his cousins: Rita Pierson Rehberg and family of Dalton, GA, Lisa Pierson Dingus and family of Carter’s Valley, TN; Claudia Glöckner of Aystetten, Germany, Christiane Glöckner and family, Bernhard Glöckner and family, both of Mannheim, Germany, and Thomas Glöckner and family of Hamburg, Germany. Other family members include his nieces, Ellen Noel Pierson Goehring and husband David, who live in New York City, NY, and Amy Clark and children, Isis and Johnny; nephews: Jason Spears and sons Justin, wife Jasmine and daughter Kentessa, and Aaron Spears, who live in Kingsport, TN; Jamie McCandlish, wife Julie and children Haylie, Jillian and James, who live in Orlando, FL, Kevin Kuperstock, currently training with the National Guard at Ft. Hood, San Antonio, TX. and Lon Pierson, a student at Northeastern University in Boston, MA. He was preceded in death by his father, Milburn Lonzo (Lon) Pierson, and his mother, Gertrud Hannelore Glöckner Pierson.

Tom died after a valiant battle with cancer. His rapier wit, brilliant mind, and the sweet smile remained intact until the very end.  He was a 1972 graduate of Sullivan Central High School and attended both East Tennessee State University and Tri-Cities State Technical Institute.  He served four years on the Berlin Wall in Berlin, Germany with the U.S. Army, returning home to Kingsport in 1980. He worked at many different industrial and building trade jobs before taking a leap of faith and opening his own business designing and fabricating boat docks on the area’s local lakes.  He became widely known as the premier boat dock and marina builder in the Tri-Cities area. His life-long passion for Fort Patrick Henry Lake and his diligent efforts to clean up the lake will long be remembered by many.  He loved nature, fishing, music, his dog Rascal, conversing with his friends and family from all around the world on Facebook, and his beloved Ellie. He was one of a kind and will always be remembered by his family and friends for his gentle nature and big heart.