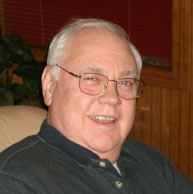 Tom graduated from East Rome High School in Rome, GA in 1964. He set a number of records in track running the high hurdles for The Gladiators. He was a veteran of the United States Navy and was deployed during the Vietnam War. He served with honor on the USS Kearsarge as an aviation technician. His service was the greatest privilege of his life. After his military service, he attended Berry College in Rome, Georgia and then earned a BS degree in accounting from East Tennessee State University in Johnson City, TN. He spent his career in the accounting field and retired from the Tennessee Department of Revenue.

Tom enjoyed fiddling with computers and playing golf. He loved spending winters after his retirement in Florida and had a number of special friends at Outdoor Resorts Orlando in Davenport, FL. Tom had a zest for life and will be greatly missed by his wife, family, and many others whose lives he touched.

Remembrances of Tom can be made at trinitymemorialcenters.com. In lieu of flowers, a donation may be made to a worthy charity such as The Gary Sinise Foundation which supports our Veterans. A memorial service will be held on Saturday August 24th at 11:00 am at Trinity Funeral Home in Kingsport, TN.