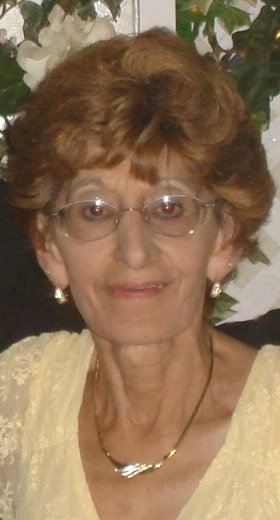 JEANETTE HELEN ELLSWORTH, 79, of Kingsport, TN, passed away on January 4, 2021 at her home. She was a longtime resident of Bridgeton, NJ prior to moving to Tennessee.
Jeanette was preceded in death by her son, John Henry, her daughter, Tammy Henry, and her grandson, Eric.

She is survived by her fiancé, Robert “Don” Holt of TN; three children, Terry Henry and his wife Pauline of DE, Christopher Rogers and his wife Christina of PA, and Tina Rogers of NJ; sisters Mary Jane D’Urso and husband Frank of PA, and Elizabeth Gladulich of PA; brother Charles Llewellyn of PA; numerous grandchildren and great-grandchildren, and many extended family members and close friends.

Jeannette was a loving mother, grandmother, sister, and aunt. She was much loved and will be missed by all. She loved her coffee, but she had to have half-and half in it. Her hobbies included doing crossword puzzles, reading books and she enjoyed working on her computer. She also enjoyed having her hair and nails done at a salon and established long lasting relationships with her stylists in Kingsport and Bridgeton.

She was a long-time, well-loved employee of the former Nolan’s Restaurant in Bridgeton where she served as a cook, waitress and right-hand woman of the owner. She had many loyal customers and co-workers who loved her. She later retired from South Woods State Prison where she worked as a cook and the shift lead of the kitchen staff and was known as “Mom” to the inmates.

Per her requests she will be cremated, and no memorial celebrations are scheduled at this time.