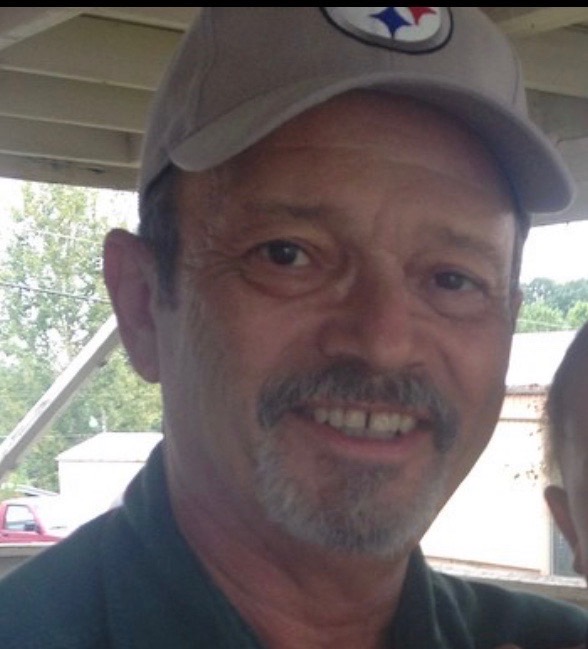 Lynn was born the son of Grady Doyle Melear of Colona, Illinois and Martha Emogene Crawford–Adams of Kingsport, Tennessee. He was married to Lisa Kay Bailey Melear, who preceded him in death in 2017.

Born and raised in Kingsport, Lynn attended Dobyns-Bennett High School. He then began his venture into the International Brotherhood of Electrical Workers Local 934 at an early age. While mastering his trade, he traveled and worked throughout the Midwestern and Easten United States doing what he loved.

Lynn was the father of two children, the late John Ethan Gray of Kingsport and Whitney Lynn Policano and husband Brian of Clarksburg, West Virginia. He was also the proud “PAW” of Dominick Wesley, Matteo Elias and Ninah Jade, all of Clarksburg and step-“PAW” to William, Angelina and Mariella, also of Clarksburg.

Lucky loved NASCAR, Steelers football, Yankees baseball and telling corny jokes, along with the stories you’ve heard 1000 times. He lived his life EXACTLY the way HE saw fit… Lynn’s way or the highway.

He was preceded in death by his father, his mother, his son and his wife. He is survived by his daughter, his grandchildren and his loving dogs Dixie and Bear. He also leaves behind many friends and cousins who stayed in contact with him throughout his battle, especially Deb, Casey, Thorsten, Brian, Denise, Renee, Rodney, Theresa, James Crawford and Jack Gatlin.

Per Lynn’s request, no service will be held and his ashes will be buried with his wife Lisa.