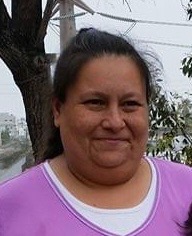 Denise Arch McGinnis, 53, of Kingsport, TN, went to be with her Heavenly Father on Wednesday, January 5, 2022 after a brief illness.

She was a lifelong resident of Kingsport, TN. Denise was a 1987 graduate of Sullivan North High School where she was a member of the Golden Raider Marching Band. She was also a member of the Eastern Band of Cherokee Indians, Denise was proud of her Cherokee heritage and appeared with her father and sister at many area dances and festivals through the years. Denise was a wonderful wife, mother, grandmother, sister, aunt, and friend to many.

A Celebration of Life will be held in memory of Denise at a later time by the family.