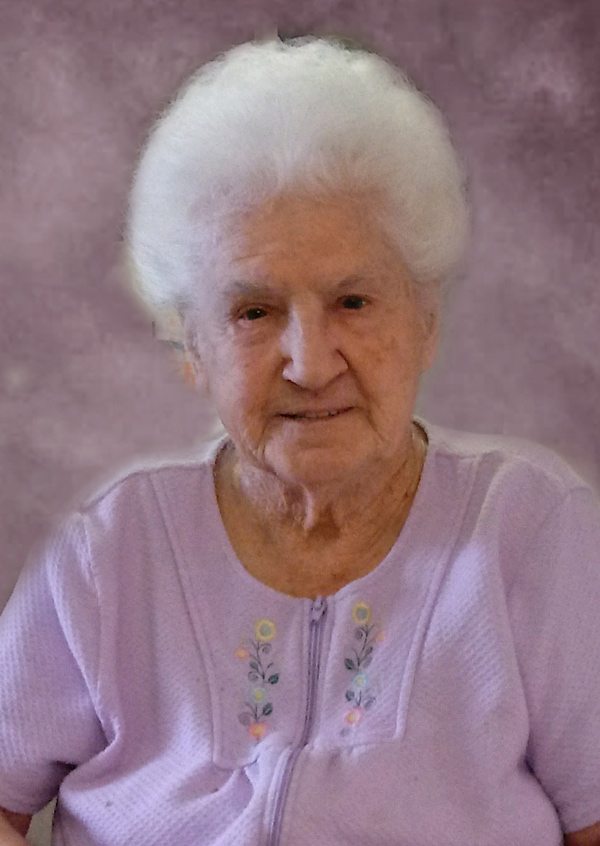 Allie Marie Sawyer gained her Heavenly Wings on May 31, 2019. She was born on October 27, 1922 in Fort Blackmore, Virginia. She was married to Robert Monroe “Mac” Sawyer. She was a homemaker, housewife and caregiver. While her husband was gone in WW2 she took care of the garden, the home, raised 4 children, and would do chores for people to help with the income. Shortly after her husband came back from WW2 he became sick. She stayed by his side 24 hours a day for 4 months and never left his sight. She would cook 6 meals a day and fix whatever he would want. She was an awesome wife mother and grandmother.

She was always faithful to her church, Christian Life Center, up to age 94 while she was able to go. She was voted as mother of the year. She read her bible all the way thru multiple times. She never had a lot of money but she always paid her tithes and because of that she was never hungry and God always provided. When she would be watching her great granddaughter Tiffany she would play barbies and school with her even though she was 70 years old. She would tell stories how that when she would go and play outside with her great granddaughter Tiffany that she would find money. She would say that is just like the Lord. She was never a complainer. She never was in any pain. She always thanked the Lord for everything.

She loved her family so much. She was a great mother in law and loved them as much as she loved her children and they loved her back the same way. She never spoke ill of her daughter in law or sons in laws. She never spoke bad of anyone. She was the best grandmother ever. She loved to make all the kids and grandkids their special food from, gravy and biscuits to pumpkin pie to applesauce stack cakes and cherry cheese pies to even homemade oatmeal. She loved cooking for everyone.

If there is one thing she would say if she was here, she would tell everyone “to always go to church, love the Lord with all you got and love one another”.

Thank you to all the caregivers at Brookhaven Nursing home. They were so good to her while she was there. We the family was with her everyday at the nursing home. She never went a day without family being with her. Thank you Jimmy and Betty Sawyer for coming in so often and spending time with Marie. Thank you Patsy Perry and Sylvia Overbey for visiting and bringing her snacks.

Visitation for family and friends will be held on Monday June 3rd, from 5pm to 7pm at Christian Life Center in Kingsport, Tennessee. Service will follow with Pastor Keith Barker officiating. Graveside will be private.