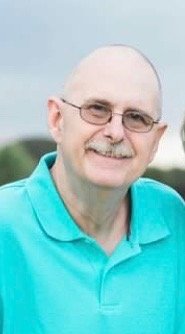 Jerry Lee Sneed, 63, of Kingsport, TN, joined the Lord on Sunday, February 9th, 2020 after a lengthy illness with his family by his side.

Jerry was born in 1956 in Kingsport, TN and resided here his whole life. He was a graduate of Dobyns Bennett High School class of 1974. After high school he went on to receive an associate degree in computer technology and worked in the field for many years.

Jerry met his soul mate in high school and they were married shortly after graduating. He was a devoted husband, father, and papaw. He loved his family above all else and cherished the time spent together over the years. Jerry was a big Vol fan and St. Louis Cardinals fanatic.

Jerry had a strong faith and conviction. He loved to watch ministers on TV and read his bible daily. Even during his long battle with his illness kept his faith. We know he is now at rest with his Heavenly Father. He will be greatly missed.

He is preceded in death by his parents, John and Emogene Sneed; brother, Don Sneed.

You may leave online condolences for the family at legacy.com.