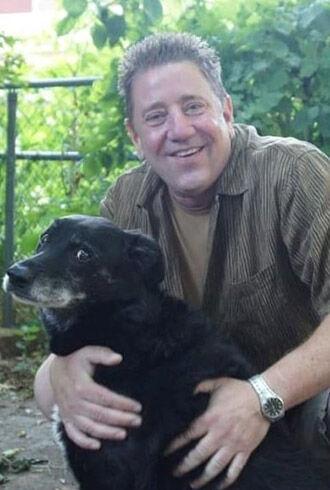 Jeff grew up in Farmington Hills, Michigan. He graduated from Harrison High School, received his BS degree from Western Michigan University in Kalamazoo. He got his start in radio in Kalamazoo. Moving to Kingsport to be close to his mom in the 80’s, he was the host of “Champions of Breakfast” morning show on WZXY. He was also a radio host on WQUT in Gray, TN and WIMZ in Knoxville.  Additionally, he appeared in radio markets in Florida, Grand Cayman Islands, where he met the love of his life, Jennifer, and Canada. He spent 20 years living and working in Canada, he was proud of his dual Canadian/American citizenship. Most recently he used his writing talent to write for a Canadian magazine, Chill and had authored two books, “MFN: A Cultural Satire” and “Woody’s World: The Diary of a Dog.” Jeff was known for great conversation, sense of humor, and his love of dogs. In lieu of flowers   memorial contributions may be made in Jeff’s honor at PETWORKS in Kingsport. Trinity Memorial Centers Funeral Home is serving the Payne family. His mother appreciates your thoughts and prayers. Due to Covid no formal service will be held at this time.